Scroll to the bottom for more goodies ...

S.E.Ingraham
"Poetry is the evidence of life. If your life is burning well, poetry is just the ash." Leonard Cohen 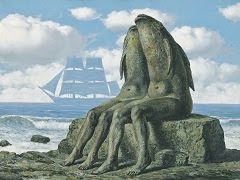 Ski six high
Why?
His hips
Pick his lips
Which zip
Which is why
High fix!
I sigh, sigh I

Oulipost Day Two - Lipogram - wherein the poet is constrained by the number of letters available for use; in this case as we are using our daily newspaper for source material, any letter that appears in the name of the paper is forbidden...Edmonton Journal proved a formidable source name as it left me with only one real vowel ... "i" and the sometimes permitted vowel (of which I took full advantage) "y". Hence, my rather lame Seussian attempt (apologies to Theodor Geisel, I don't mean to imply I am anywhere near his league).

*(Wonder of Nature by Rene Magritte)
Posted by S.E.Ingraham at 2:21 PM

Share your thoughts? I'd love to hear them. Truly.

Oh child among the roses, oh press of doves, oh presidio of fish and rosebushes your soul is a bottle of dried salts and a bell filled... 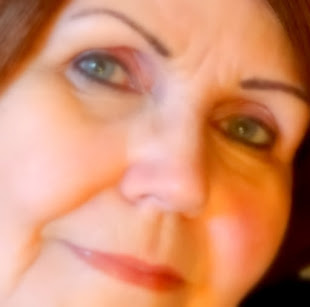